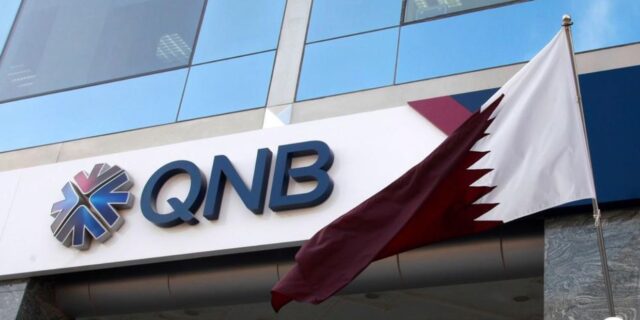 The Doha-based bank requested a judgment by default from a federal court in Washington on Friday after Eritrea failed to respond to the bank’s claim seeking to enforce a U.K. ruling in 2019. QNB alleges that President Isaias Afwerki’s government went to drastic lengths to avoid being served with key documents.

A decision in its favor will help the Qatari bank identify and seize Eritrea’s overseas assets, according to the complaint it filed in the U.S. court in February. The legal battle may further discourage investment in the African country, which currently stands second from last among 190 economies in the World Bank’s Ease of Doing Business rankings.

The quarrel centers on $200 million that Eritrea borrowed from QNB in 2009 and 2010. The bank claims Afwerki’s government reneged on the debt in May 2012 after repaying about $45 million. That prompted the lender in 2018 to seek legal recourse in the U.K., as permitted under the loan agreement. The following year a judge directed Eritrea to pay its creditor $253 million plus interest.

READ MORE ABOUT ERITREA
Eritrean President Accused of Crimes Against Humanity in Sweden
Eritrea’s Economy May Expand 3.9% in 2020 on Peace, AfDB says
Eritrea May Alter Army Draft That Forced Thousands to Europe
Eritrea ignored the ruling, according to QNB. The bank then turned toward the U.S. court in February in a bid to enforce the judgment. Eritrea has chosen not to defend itself in either case.

Sponsored Content
How To Unlock Crypto’s Untapped Mid-Market Potential
bvnk
Staff at the Eritrean embassy in London “responded with extraordinary efforts to frustrate” the U.K. proceedings, QNB said in its complaint to the U.S. court.

Embassy officials locked one of the bank’s lawyers in the building until he agreed to leave without delivering the court documents, while another representative was “physically assaulted,” according to QNB’s filings.

Documents on the Pavement

On one occasion, “the receptionist physically knocked the documents out of a process server’s hands and threw them on the pavement outside the embassy’s front door,” the complaint said. A British judge eventually allowed the bank to send paperwork by email or post.

In its latest court filing, QNB said Eritrea’s debt has risen to $295.3 million. The amount is equivalent to more than 10% of the nation’s $2.3 billion gross domestic product.

Afwerki committed to repaying the loan through tax revenue and income from the Bisha mine, a gold-copper-zinc project currently controlled by China’s Zijin Mining Group Co. that entered production ten years ago, according to a letter sent in March 2009 by the president’s office to QNB, which the lender filed to the court in Washington.

Afwerki has ruled Eritrea since it gained independence in 1993. The country began emerging from decades of international isolation when it signed a peace deal with neighboring Ethiopia three years ago.

’Practically this has been a genocide’

The United States is demanding an Eritrean retreat in Ethiopia