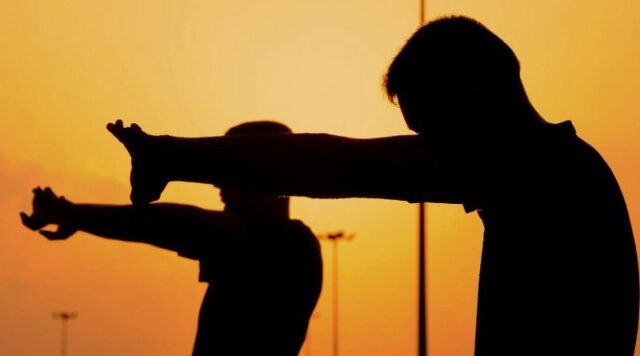 The United States should abandon its base in Djibouti and build a new military base in Eritrea after the Communist regime in Asmara falls from power.

The communist regime of 78-year-old dictator Isaias Afwerki has an expiration date. When the current government in Asmara is overthrown, either from a coup d’état or the death of Afwerki, the US should build a strong relationship with Eritrea’s future ruler to persuade them to host a US military base in Assab or Massawa.

The US has only one military base on the African continent, Camp Lemonnier, Washington’s Naval Expeditionary Base, situated next to Djibouti–Ambouli International Airport in Djibouti City, and home to the Combined Joint Task Force — Horn of Africa (CJTF-HOA) of the U.S. Africa Command (USAFRICOM).

This base has a worryingly small number of US marines when considering the Chinese military base and debt-diplomacy strategy. Chinese economic and political influence in Djibouti will constrain and diminish US influence, forcing Washington to concede Africa to Beijing. For example, military bases require logistical maintenance for supplies.

In Africa, the US relies primarily on the Doraleh Container Terminal (DCT) to serve its troops. DCT is operated by China Merchants Port Holdings, better known as CM Port, a Chinese state-owned company. Chinese economic and political influence over Djibouti threatens to reduce America’s effectiveness in East Africa as it will have to work around its rival’s encroachments continuously.

China has a long-term strategy in Djibouti and the Horn of Africa. Washington should acknowledge prudently that a military base in Eritrea would be advantageous for both the US and Eritrea’s economic and geopolitical interests. The US cannot continue to rely on Djibouti as a partner because over 70% of Djibouti’s GDP is debt owned by Beijing. To make matters worse, China is building a $3.5bn free trade zone in Djibouti. Djibouti is a classic example of Chinese debt-trap diplomacy.

If history is any indication, Djibouti will likely end up like Sri Lanka. Where does that leave the US military in Djibouti and US economic, political, and military interest on the Red Sea? The answer is quite simple: Eritrea — the last remaining communist country on the African continent.

Eritrea and the United States’ relationship was cordial after Eritrea’s independence in the early 1990s. Before becoming a rogue actor in the region, Eritrea’s regime was closely aligned with Washington. In 2002, the Eritrean government hired Greenberg Traurig, an American law firm, to lobby for a US base in Eritrea. Still, Eritrean openness to a more robust US and Eritrean relationship fell on deaf ears because Washington wanted to avoid association with the human rights abuses and the lack of democratic norms in Eritrea.

In fact, Washington made the wrong calculation by not establishing a military base in Eritrea. American soft and hard power in the struggling country would have influenced the Eritrean government towards democratization and a better human rights track record. Instead, Eritrea is now called Africa’s North Korea.

Missed opportunities should not be an obstacle to future relationships with Eritrea. Washington’s priority should be twofold: establishing a rapport with exiled Eritrean political parties overseas and banking with the Eritrean population inside the country, fed up with the Marxist government in Asmara. So far, the rogue and unelected regime in Eritrea has only produced collective misery and hopelessness, and the regime is on its last legs.

The US used to have a military presence in Asmara. In 1953, while the Eritreans were fighting for self-determination, the American base, Kagnew Station, served as a defense communication radio facility, providing Washington with a critical intelligence network from the Middle East and the African continent.

At the height of the Cold War, Kagnew Station was an essential strategic asset to Washington because of the radio facility’s primary function as a communication channel for the Polaris nuclear submarines and Eritrea’s critical geostrategic location from which the US Army could project power and influence. Therefore, the Eritreans are quite familiar with the American military, and it would not be far-fetched for both parties to rekindle their strange relationship.

Djibouti is practically a property of China and a parking lot for foreign powers. It is in the United States’ national interest to relocate its military base from Djibouti to Eritrea. The UAE, an American strategic partner, is currently the only foreign power to have a military base in Eritrea. Since Djibouti is a parking lot for Japan, China, Italy, and France, a US military base in Eritrea would lead to less political intrigue and maneuvering against Chinese soft power hegemony in Djibouti.

The common denominator between the People’s Republic of China and the regime in Asmara is their adherence to Marxism and one-party dictatorship. The communist regime in Eritrea is exceptionally vulnerable to Chinese economic and political influence. Washington has a window of opportunity to engage with Eritrea and solidify its relationship by building a military base in Assab or Massawa and consequentially elevating its relationship militarily, economically, and politically with Eritrea. American influence in Eritrea would lead to democratization in Asmara.

If Eritrea liberates itself from the current regime, it can be a future ally and strategic partner of the United States if the US plays its card right. It takes two to tango, and the Eritreans are eager to dump Marxism and one-party state dictatorship for capitalism and democracy. Washington, will you listen?

* Daniel Haile is a graduate student at Texas A&M University, The Bush School of Government and Public Service. He is a Masters of International Affairs candidate. He previously wrote for The National Interest. The opinions expressed are the writer’s.