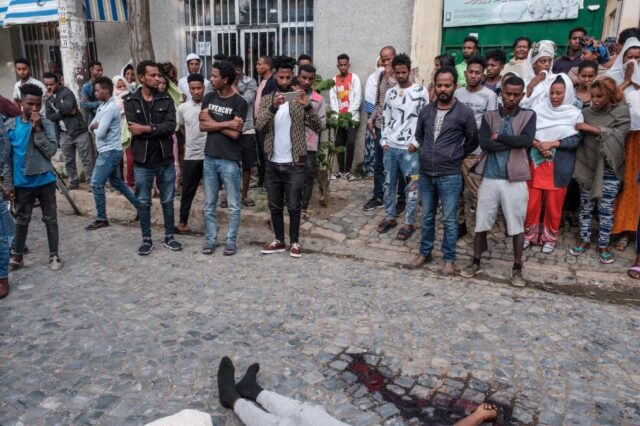 The ongoing conflict in Ethiopia has taken a heavy toll in the Tigray region. It could exacerbate ethnic tensions in the country and it threatens stability in the strategically important and already fragile Horn of Africa region. It has split the diaspora, and Colorado is no exception.

The conflict began in early November, when the Ethiopian Prime Minister, Abiy Ahmad, deployed national defense forces against the ruling regional party Tigray Peoples’ Liberation Front (TPLF), and after fierce fighting took control of the capital, Mekelle. Abiy declared victory and set up an interim administration. But Tigrayan leaders say they will fight back, and the fighting continues.

Tigray has borne a heavy cost – reportedly 50,000 civilians killed, infrastructure destroyed, many TPLF leaders killed or captured, hundreds of thousands internally displaced, and some 60,000 fled, seeking shelter in neighboring Sudan. Communications blackouts and lack of access by journalists and aid agencies made it impossible to verify the reports.

But after three months, when limited phone service was restored, the Associated Press reported that on February 18, in Ethiopia’s most sacred city, Axum, a Sister City of Denver, nearly 800 people were massacred by invading Eritrean troops that had joined the national forces. The story came from several witnesses and the deacon of the country’s most sacred Ethiopian Orthodox Church there. Residents were forbidden from burying their dead, but the Deacon gathered victims’ identity cards and assisted with burials in mass graves.

My Tigrayan contacts and Americans who have lived in Ethiopia for more than a year, including one who knows the deacon, and some who have close contacts with the country, confirm the humanitarian catastrophe, the Axum massacre, and the Eritrean forces’ brutality. All these individuals asked not to be identified out of fear for their families and friends.

The Ethiopian diaspora in Colorado, comprising some 30,000 Tigrayans, and even more non-Tigrayans, is split, as it is everywhere. Tigrayans have reached out to decision-makers in Washington to urge the Abiy Ahmed administration to permit humanitarian assistance and to call for Eritrean troops to be withdrawn. Secretary of State Antony Blinken has already spoken with Mr. Ahmed and urged him to do so and “to pursue a political solution.”

Salem Tewelde, a Tigrayan-American Colorado resident and graduate of Colorado College, calls for “urgent help from the international community” to ensure a peaceful settlement of the dispute and free elections. My colleague Peter Van Arsdale, recently retired from the Korbel School of International Studies, who has frequently visited Ethiopia, sees an immediate need for “humanitarian corridors, accompanied by free-flowing communication channels.” Roz Duman, founder of the Coalition Against Global Genocide, a Denver-based advocacy group, is deeply concerned that a peaceful settlement be reached.

The U.N., human rights groups, including Human Rights Watch, and humanitarian agencies, including UNICEF (the United Nations children’s agency) and the International Committee of the Red Cross, have all raised their voices about the dire need in Tigray for access to provide necessary food and medical assistance.

What action can the U.S. and the international community take to help resolve this crisis? A military solution can bring victory, but not peace – the answer must be political. That is why it is important to remember that the tension began after the TPLF, which had ruled Ethiopia for 27 years along with a coalition of partners, was ousted because of distrust among the population leading to mass protests and demonstrations. Abiy Ahmed came to power in 2018 and ended the long-running conflict with Eritrea, receiving the Nobel Peace Prize for this accomplishment.

Both the U.S. and the European Union know that a peaceful Ethiopia is needed for peace and stability in the volatile Horn of Africa. There are already mounting tensions with a border dispute with Sudan and with Egypt over the huge Renaissance Dam Ethiopia is building across the River Nile, reducing the Nile waters to Egypt. The ongoing conflict is a distraction and a hindrance in addressing these critical issues.

Because of their economic and political clout, the U.S. and E.U. must ensure that Abiy provides full access to journalists and aid agencies. The U.S. should also urge the U.A.E. and Saudi Arabia to seek the removal of Eritrean troops. Diplomatic efforts are necessary to bring the warring parties together and to ensure an inclusive dialogue of all regional parties and ethnic groups. The U.S. can play an active role to bring this all about.

Confronting a Crisis in Ethiopia, A Brand-New Nonprofit Finds Its Feet

’Practically this has been a genocide’