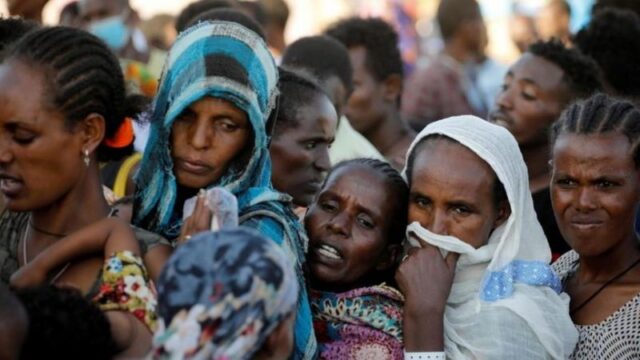 Opposition parties in Ethiopia’s Tigray region have called for an immediate end to the ongoing fighting in the country.
People are already dying of malnutrition, which is why the country’s political parties are appealing to the international community for help.
The Ethiopian government says they are already receiving support that has reached 1.5 million people.
The parties have announced that 52,000 people have been killed since November.

Although there were no immediate details about the death toll, the report said women, children and religious leaders were among those killed. 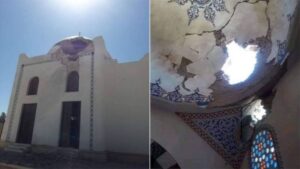 The government has not said anything about the incidents but said legal action will be taken against the former Tigray party leader.

About 100,000 Eritrean refugees live in the UN Tigray camp and have been affected by the disaster.
A spokesman for the United Nations High Commissioner for Refugees (UNHCR) said refugees are eating grass, and are facing water shortages.

The Tigray crisis has forced some two million people to flee their homes as a result of ongoing violence.
On Monday, the head of the Norwegian refugee camp, Jan Egeland, announced that during his 40 years in humanitarian service, he had never experienced such a tragedy.
In a joint statement, three opposition parties, including the Tigray Independence Party (TIP), Salsay Weyane Tigray and the National Congress of Great Tigray, announced that food and medical aid would be delayed, which would worsen the situation in the area.

Urban and rural areas have been severely damaged by land mines.
The devastation has affected health services, education and even places of worship.
A photo showing 60,000 people from the Tigray region living in a refugee camp in Sudan.
The international community has also criticized the Ethiopian government.

Last week the United States called on Eritrean forces to withdraw its force immediately, unconfirmed reports reported that human rights had been violated.
However, the Ethiopian and Eritrean governments have denied sending troops to the Tigray region.
The TPLF led Tigray in a war that left some 250,000 people dead under its 30-year rule.
The party stepped down after the Ethiopian government took control of the town of Mekelle on November 28.

Ethiopian Prime Minister Abiy Ahmed has accused the TPLF of threatening to invade Ethiopia’s independence and trying to overthrow the government after the party took control of the military base last month.
The Abiy government has declared that the elections held in the Tigray area were illegally conducted with the TPLF claiming that the Ethiopian government had illegally controlled the town of Tigray.

Why The US Should Build A New Base In Eritrea – OpEd

Meet Joe Neguse, a US Congressman with East African Roots Serving as a Donald...